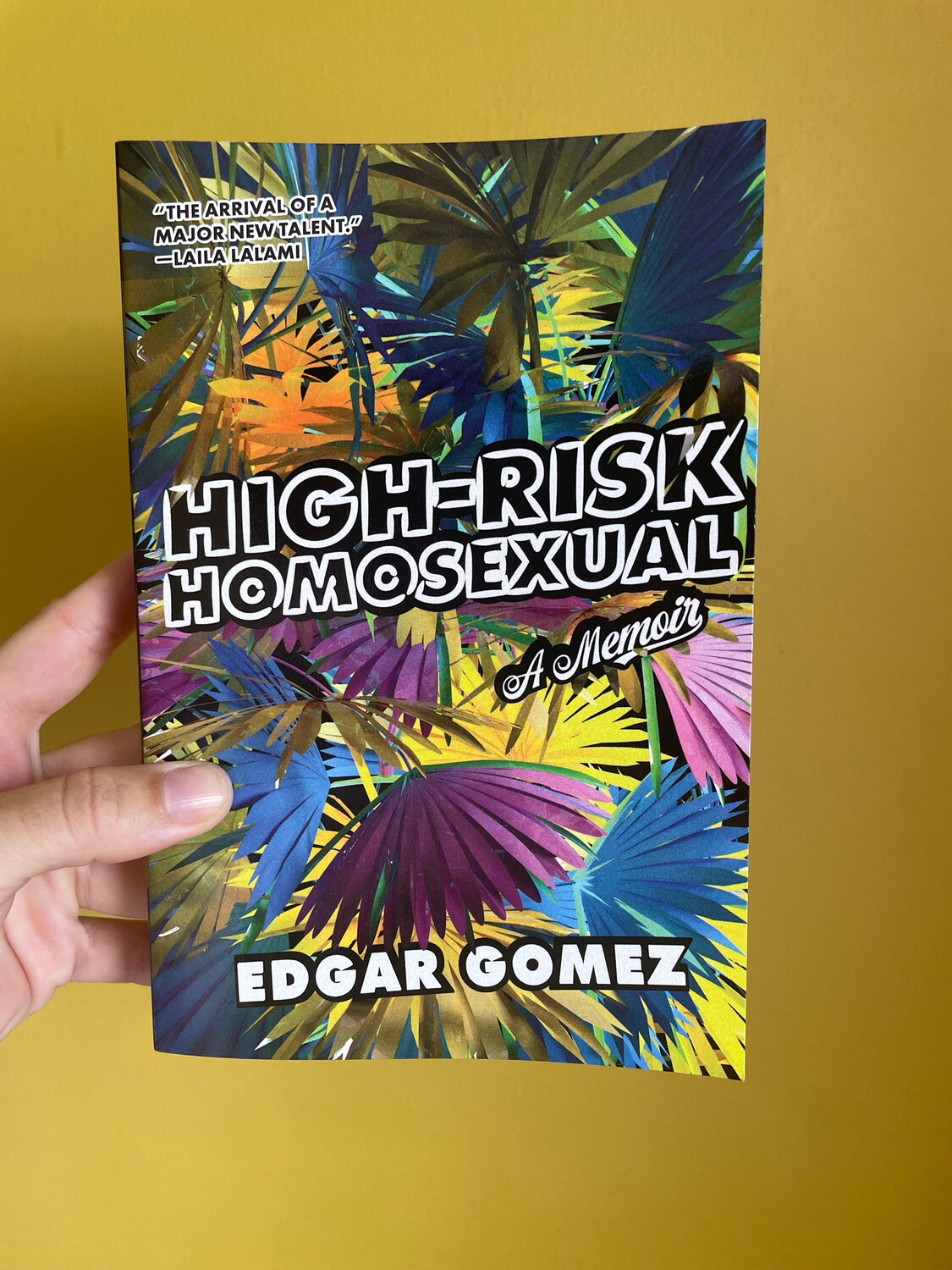 Gomez’s witty memoir follows a touching and often hilarious spiralic path to embracing his gay, Latinx identity against a culture of machismo—from his uncle’s cockfighting ring in Nicaragua to cities across the U.S.—and the bath houses, night clubs, and drag queens who helped him redefine pride.

I’ve always found the definition of machismo to be ironic, considering that pride is a word almost unanimously associated with queer people, the enemy of machistas . . . In a world desperate to erase us, queer Latinx men must find ways to hold on to pride for survival, but excessive male pride is often what we are battling, both in ourselves and in others.

A debut memoir about coming of age as a gay, Latinx man, High-Risk Homosexualopens in the ultimate anti-gay space: Edgar Gomez’s uncle’s cockfighting ring in Nicaragua, where he was sent at thirteen years old to become a man. Readers follow Gomez through the queer spaces where he learned to love being gay and Latinx, including Pulse nightclub in Orlando, a drag queen convention in Los Angeles, and the doctor’s office where he was diagnosed a “high-risk homosexual.”

With vulnerability, humor, and quick-witted insights into racial, sexual, familial, and professional power dynamics, Gomez shares a hard-won path to taking pride in the parts of himself he was taught to keep hidden. His story is a scintillating, beautiful reminder of the importance of leaving space for joy.

Save this product for later
Display prices in: GBP