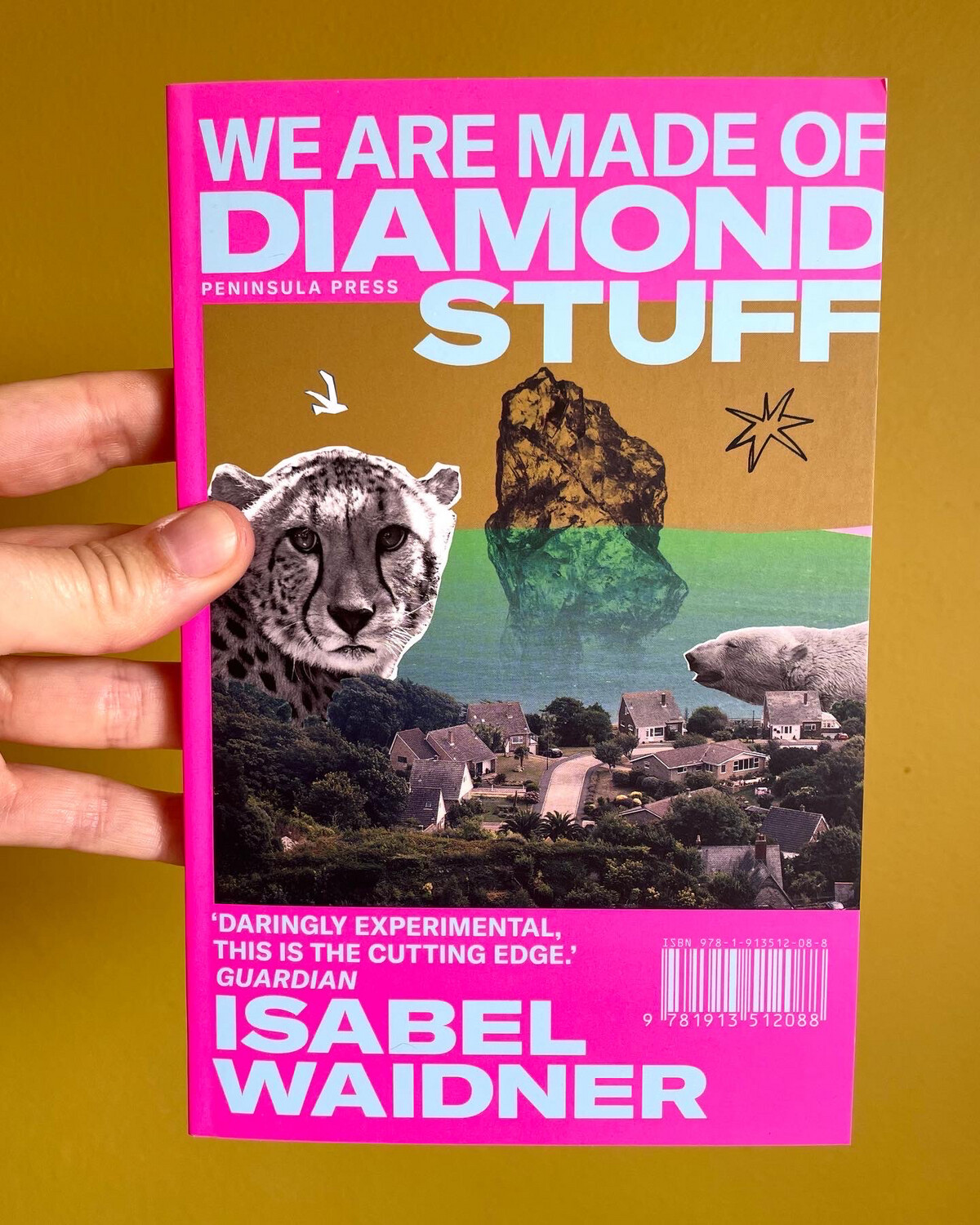 We Are Made Of Diamond Stuff By Isabel Waidner

SKU 00200
£9.99
In stock
1
Product Details
Shortlisted for the Goldsmiths Prize and the Republic of Consciousness PrizePolar bears emerge from t-shirts. Reeboks come to life. Nothing is normal in the house of Mother Normal. In Isabel Waidner's second novel, we follow an unnamed narrator who looks like Eleven from Stranger Things, but is in fact a 36-year-old migrant working for minimum wage in a run-down hotel on the Isle of Wight. Along with their best friend, Shae, the narrator faces Ukip activists, shapeshifting creatures, and despotic bosses while trying to hold down their job and preparing for their Life in the UK test. This is fiction that extends the avant-garde tradition beyond the upper-class experience that it usually chronicles - making it over as an ally of working-class queer experience. Set against a backdrop of austerity and decline, We Are Made of Diamond Stuff is an irreverent, boundary-erasing piece of work that celebrates the radical potential of resistance, ingenuity, and friendship.
Save this product for later
Display prices in: GBP